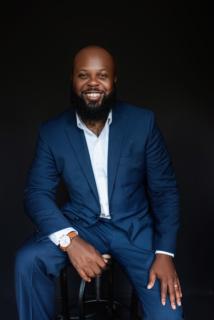 Ja’Ron Smith is a Partner at Dentons Global Advisors Government Relations. A policy expert experienced in advocacy, legislating, and policy strategy and negotiation, he advises clients on a range of issues including regulatory affairs, economic mobility, social justice, finance, banking, and housing and urban development.

Mr. Smith has played an important role in policy development and social change in the D.C. Metropolitan Area through his service in the non-profit and political sectors.