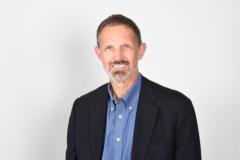 Evan Liddiard joined the National Association of REALTORS® in 2013 after serving for more than 20 years as the Senior Tax Policy Advisor to Senator Orrin G. Hatch (R-Utah), the former chairman of the Senate Finance Committee. Mr. Liddiard was Senator Hatch’s lead advisor on tax policy issues, as well as issues relating to the budget, financial services, and Social Security.

Evan previously served as Senator Hatch’s Legislative Director, coordinating and directing the Senator’s legislative efforts in all areas.  In the middle of his Senate career, he took a 3-year hiatus from Capitol Hill to be a Partner at the Legislative Tax Practice of KPMG’s National Tax Office in Washington.

Before going to Capitol Hill, Evan was a Tax Manager in the Salt Lake City and Washington National Tax offices of Deloitte, where he worked on a variety of corporate and small business tax issues, as well as on individual and estate tax matters.

Mr. Liddiard received his undergraduate degree in Accounting from the University of Utah (magna cum laude).  Later, while working in the Senate, he completed a Master’s Degree in Legislative Affairs from The George Washington University and then a Master’s Degree in Taxation from American University.  Evan is a Certified Public Accountant, earning national and state recognition for his high scores on the examination. He is currently an adjunct professor in the business graduate tax program at American University in Washington, where he teaches a tax policy course as well as a course on the taxation of real estate transactions.  Evan also recently completed a 3-year term as a member of the Tax Executive Committee of the American Institute of CPAs.