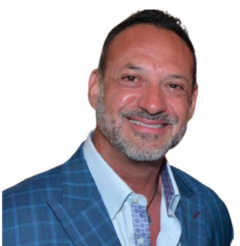 Voice of Won was established by Steve Collins in 2015. This program was created because a need arose in the marketplace for an Executive Coaching Program that addressed the needs of the whole person: Spiritual, Personal, Family, Mental, Physical, Financial, and Career.

Prior to coaching, Steve built a top-producing real estate team over the last 24 years. He has won many awards for being in the top 1% for sales, community involvement, and education. He was also featured on HGTV'S House Hunters TV show. In 2015 Steve moved into the role of president for his real estate team in San Antonio, no longer selling homes himself, so he could fulfill his true passion and calling: speaking, coaching, consulting, and writing.

To further develop his skills, in 2015, Steve Collins became a Ziglar Legacy Certified Speaker/Trainer/Consultant. He was one of the first 15 Ziglar Legacy Certified Coaches worldwide. These experiences influenced how he mentored and coached others. He will show you how to create a tailormade blueprint for each client, using a proprietary process creating consistency and results. Julie Ziglar Norman, the cofounder of the Ziglar Legacy program, endorsed and wrote the forward for Steve’s book LIKE.

Steve operates Voice of Won at Keller Williams Realty's #1 office in the world, Heritage, in San Antonio, Texas. The office has over 1,200 agents and produces almost two billion a year in sales volume. He was awarded Trainer of the Year for 2018 by Platinum Top 50. For the past 3 years, Steve has posted an inspirational live video every day on Facebook. Steve and his lovely wife of 27 years, Angela, live in San Antonio, Texas with five of their seven children. He's known by his colleagues and friends simply as: “The 2nd most powerful, passionate, and purposeful coach and speaker een de world.