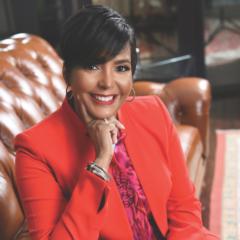 Keisha Lance Bottoms is the 60th Mayor of Atlanta.

A daughter of Atlanta, Mayor Bottoms is committed to realizing her vision of One Atlanta – an affordable, resilient and equitable Atlanta – which stands as a model city for both commerce and compassion.

A lifelong public servant, Mayor Bottoms is the only Mayor in Atlanta’s history to have served in all three branches of government, serving as a judge and City Councilmember before being sworn in as Mayor.

Leading with a progressive agenda focused on equity and affordable housing, Mayor Bottoms serves as Chair of the Community Development and Housing Committee and the Census Task Force for the United States Conference of Mayors.

Georgia Trend magazine named Mayor Bottoms the 2020 Georgian of the Year. Among Mayor Bottoms’ notable accomplishments to date include the establishment of the City’s first fully-staffed Office of Equity, Diversity and Inclusion, the appointments of a LGBTQ Affairs Coordinator and a Human Trafficking Fellow, the citywide elimination of cash bail bond, the closure of the Atlanta City Detention Center to ICE detainees, and the rollout of the most far-reaching financial transparency platform in the City’s history – Atlanta’s Open Checkbook.

In 2020, the Lawyers' Committee for Civil Rights (LCCR) Under Law awarded Mayor Bottoms the Distinguished Civil Rights Advocate Award in recognition of her equity-driven leadership to help guide and protect marginalized communities.

Under Mayor Bottoms’ leadership, the City of Atlanta led the historically successful staging of Super Bowl LIII, which included unprecedented community benefits – a $2.4 million renovation of John F. Kennedy Park on Atlanta’s Westside, more than 20,000 trees planted throughout the community and the seamless coordination of 40 federal, state and local public safety agencies.

Mayor Bottoms is the daughter of Sylvia Robinson and R&B icon Major Lance. She resides in historic Southwest Atlanta with her husband, Derek W. Bottoms, their four children- Lance, Langston, Lennox and Lincoln, and their family dogs Ace and Zeus.