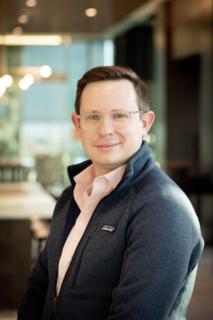 Mr. Regan‐Levine is an Executive Vice President in JBG SMITH’s Investments Group and specializes in research and strategic innovation. Mr. Regan‐Levine helps shape the firm’s investment strategy with data and analytics and works on large scale strategic initiatives, investor relations, and innovation projects. He is a voting member of JBGSMITH's Investment Committee and is also involved at a project level in crafting go‐to‐market strategies and market positioning for JBG SMITH’s development projects. Mr. Regan‐Levine was a core team member throughout the Amazon HQ2 pursuit and helped create and communicate the narrative around National Landing to Amazon. In addition to his research and strategy work, he co‐heads the JBG SMITH Smart City Initiative which includes overseeing investments and partnerships to facilitate 5G, CBRS, data center, and fiber rollouts at the intersection of technology and the built environment.

Prior to joining The JBG Companies (predecessor to JBG SMITH) in 2013, Mr. Regan‐Levine was an Associate with Monday Properties and served for two years in market research with JLL where he acted as an advisor for a wide variety of JLL’s investor and occupier clients. During his time at JLL, Mr. Regan‐ Levine was focused on research in the Washington, DC Metro region, but was also involved in several national and international consulting and research projects often focused on location and market intelligence and analytics for large corporate relocation requirements and investor clients.