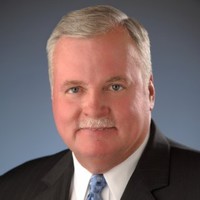 Mr. Bunton has served as the senior staff member of The Appraisal Foundation since May of 1990. As President, he is the Chief Executive Officer of the Foundation.

Prior to joining The Appraisal Foundation, he served as the Vice President of Government Affairs and Communications for the Federal Asset Disposition Association. He also previously served as a legislative assistant in the United States Senate for eight years and was a Congressional Chief of Staff in the House of Representatives for four years.

Mr. Bunton holds a BA degree in Government and Politics from the University of Maryland.

Mr. Bunton also received a certificate in the Leadership Series for Non-Profit CEOs from the Harvard Kennedy School of Executive Education.